New updates are being added at the bottom of this story…….
Original story (published on October 20, 2022) follows:
The iPhone 13 series was launched last year 2021 as Apple’s new flagship mobile devices. The ‘Pro’ models were especially noted for being the first iPhones with a 120Hz refresh rate on their screens.
The lineup was generally well received, but it was not without its problems. Multiple users reported situations such as connectivity issues in certain cases, camera HDR performance that could be improved, among others. 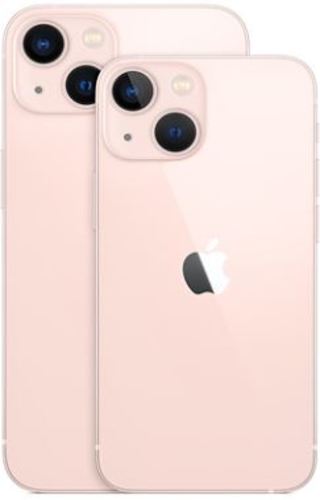 Now, reports from iPhone 13 users dealing with a ‘rainbow screen of death’ issue have started to surface, which appears to be the final phase of another issue we covered earlier.

On platforms like Reddit, posts from iPhone 13 users showing the effect of the dreaded ‘rainbow screen of death’ are causing a lot of noise.
The issue basically causes lots of permanent colored lines on the smartphone screen.
When sharing their experiences about screen issues on their iPhones, one thing in common was noticed. First, some iPhone 13 users pointed out that their smartphones have been experiencing a ‘screen flickering’ issue.
I have an iPhone 13 that flickers on grey screens and low brightness. It’s not too noticeable. Should I go to the Apple Store?
Source
Oh nice, because I though I was imagining things but I also have a very slight flicker on my standard 13. Well, at least I’ve got AppleCare if it doesn’t fall under warranty service…
Source
Then, the those affected by the ‘rainbow screen of death’ added that this is exactly how the problem began.
That’s how this started actually! Flickering + slight green tint > rainbow screen
Source
So, the ‘screen flickering issue’ (caused in many cases by iOS 16 update) may be the initial phase of the iPhone 13 ‘rainbow screen of death’.
It’s worth pointing out that while the ‘rainbow screen of death’ reports so far have come from iPhone 13 users, it appears other models (like the iPhone 12 Pro Max) could be affected as well:
As mentioned above, the origin of this issue could be screen flickering. So, for now iPhone users affected by flickering should try to mitigate it.
First, they should avoid updating their smartphone to iOS 16 (if they haven’t already) since ‘screen flickering’ reports increased after this update.
In case they have already updated to iOS 16 and are experiencing screen flickering, there are two options:
– Downgrade their iOS version to 15.7
– Install iOS 16.1 RC (the latest version available before stable release)
the flickering seems more of a software issue than a hardware one, i experienced it on ios 16, downgraded back to 15.7 and the flicker does not exist anymore and the issue is reported to be solved in 16.1 Beta 5
Source
Downgrading in iOS is not the most intuitive process since you require certain prior knowledge. On the other hand, a Redditor points out that the ‘screen flickering’ issue could be fixed since iOS 16.1 Beta 5.
So, the easiest method to stop screen flickering and avoid getting the iPhone ‘rainbow screen of death’ seems to be installing the latest iOS 16.1 RC.
There is no official acknowledgment of this issue from Apple yet. We will update this story once new related events arise.
06:21 pm (IST): Some iPhone 13 users are now reporting (1, 2, 3, 4, 5) that they are getting green screen of death after updating to iOS 16.1.
iPhone 13 Display Quality Issue. When I tried to update to iOS 16.1 on 25th October 2022 and the screen turned completely green. Service Centre quoted 31K for replacing the display. (Source)
Unfortunately, the support team hasn’t yet acknowledged this issue.
NOTE: You can also check the iPhone 13 series bugs/issues tracker.
PiunikaWeb started as purely an investigative tech journalism website with main focus on ‘breaking’ or ‘exclusive’ news. In no time, our stories got picked up by the likes of Forbes, Foxnews, Gizmodo, TechCrunch, Engadget, The Verge, Macrumors, and many others. Want to know more about us? Head here.
Previous article
Next article
A tech enthusiast since ever. I like to always be up to date on the latest news in the industry and write about it. Twitter: @jean_ERdC
PiunikaWeb.com is owned and operated by DeepSeaGem Technologies India. Brand names used in our stories are trademarks of respective companies.