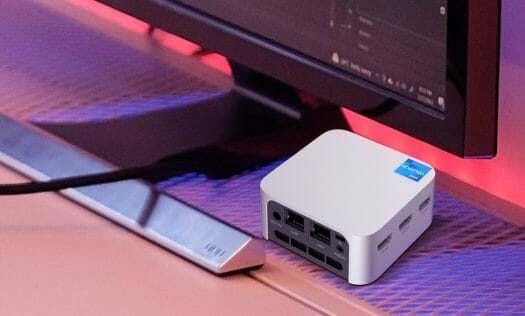 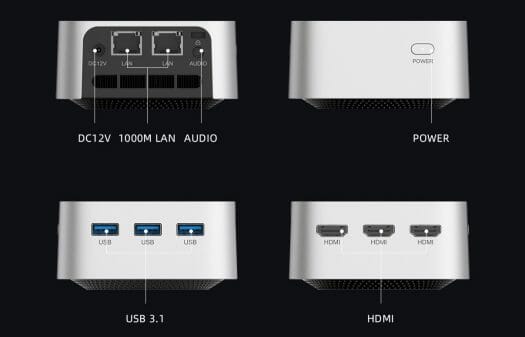 The T8-Pro mini PC ships with Windows 11, but Linux operating systems should be supported as we’ve reviewed several other Celeron N5095 powered mini PCs such as Beelink U59, BMAX B3 Plus, and Beelink Mini S which could run Ubuntu 20.04 or 22.04 fine besides the preinstalled Windows 10/Windows 11 operating system. The main downside was the relatively weak GPU performance.
What’s missing are the usual microSD card slot and USB Type-C port which sometimes supports DisplayPort Alt mode. But I suppose if you’re going to drive three displays or TVs having three HDMI ports is probably the most convenient setup for most people. With the dual Ethernet port and a compact & lightweight design, it’s also suitable as a portable VPN router when on the go.
The T8-Pro is an OEM mini PC sold on Aliexpress under various brands including Ninkear and Gateway for $143.44 and up with the price depending on the storage capacity, and can also be found on Amazon under the ACEMAGICIAN brand.
Via Liliputing and AndroidPC.es
Jean-Luc started CNX Software in 2010 as a part-time endeavor, before quitting his job as a software engineering manager, and starting to write daily news, and reviews full time later in 2011.
Support CNX Software! Donate via cryptocurrencies or become a Patron on Patreon

Related posts:
Anyone know if the NIC controllers are Intel made or a different maker? Trying to find a dual-nic mini-pc suitable for pfsense/opnsense that isn’t as expensive as the NUC line.
Power Supply – 12V via DC jack
…bleah
now how much more expensive would have been to power it via usb-C ?
I’ve mentioned this here before but these ultra compact form factors with cables all around are really just a marketing ploy in my opinion. If you actually use all the ports, the cables and connectors create an unwieldy “hydra” that consumes just as much space on a desktop or shelf as a slighly larger device with connectors only front and back. Even if you intend to mount it on the back of a monitor where access is limited, noone can see (or care) how tiny it is so it still doesn’t have a lot to recommend it. Maybe if it… Read more »