Sonic Frontiers is a big new release on Steam from SEGA and it does work out of the box on Steam Deck, although it has certain issues.
For starters, I noticed that unless I limited it to 30FPS in the game settings, the lighting would flicker and be unplayable. Searching around, I’m not the only one that saw this although some were lucky and did not. Hopefully either a game update or Proton update will eventually fix it for everyone. Shadows can be problematic as well, keeping that setting on Low solves any issues there too. Valve has marked it as Unsupported for now but it does work.
Using the latest GE-Proton, it also remains mostly smooth with the DXVK_ASYNC setting. Here’s a video look:
For an example of the flickering, see this unlisted video (there’s plenty of worse areas).
As for desktop Linux, it seems to be better there with an NVIDIA GPU on max settings. It definitely doesn’t stick to 60FPS even with my 2080Ti and a Ryzen 7 5800X with plenty of drops down here and there at 1080p depending on what you’re doing, but overall it remains somewhat smooth.
Here, the lighting issue at 60FPS still seems to be present but at times it can be easy to miss. When running around, you can see a brief flick between light and dark that doesn’t happen often, whereas on the Deck, the flickering of lighting is constant unless in 30FPS. 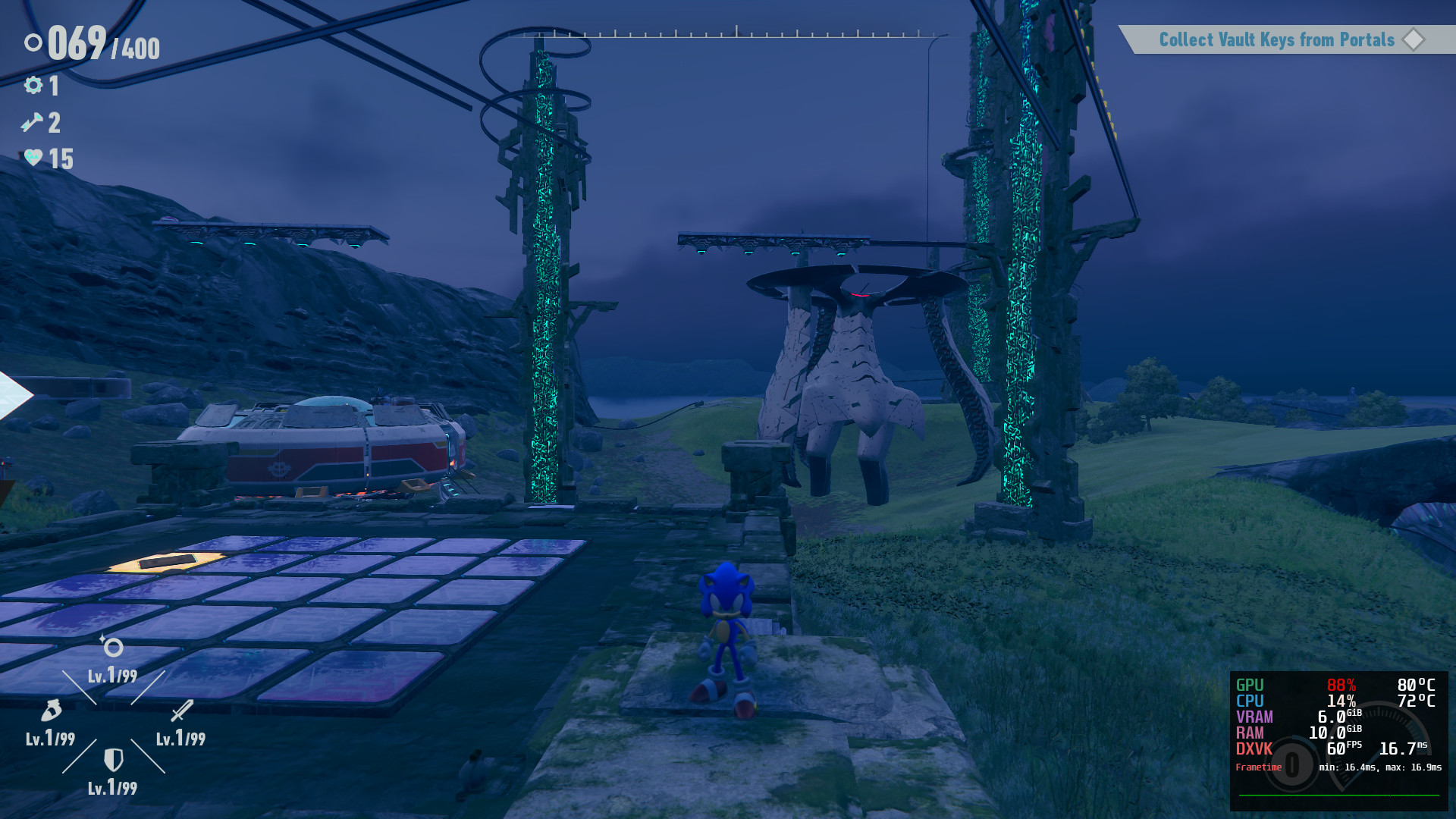 Pictured – Sonic Frontiers on Fedora Linux.
Seems like overall it needs a fair bit more optimisation, as a game like this performing like it does doesn’t seem right. Playable and seems quite fun actually but performance is an issue, as are the graphical issues noted especially so on Steam Deck.
You can buy it on Humble Store and Steam.