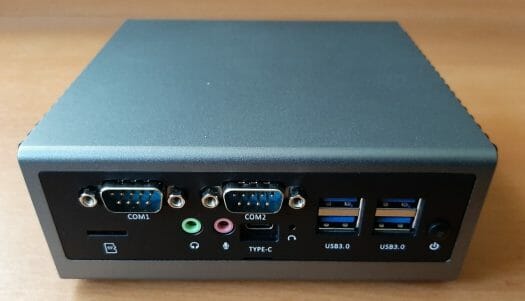 Weibu is a B2B company offering total solutions and OEM/ODM services. Their target clients are computer manufacturers like Acer and Hisense as they don’t sell directly to end users. With their products both the specifications and accessories can be customized according to their customer’s requirements.
One of their product lines is mini PCs and they have sent a pre-production sample of their N10 design to showcase their capabilities. In this review, I will look at the various options available for the N10 and briefly look at performance running both Windows and Ubuntu.
The key selling feature of this mini PC is the wide range of ports suitable for commercial/industrial usage together with various options for the processor.
The N10 is an actively cooled mini PC and the device is 145 x 128 x 54mm (5.71 x 5.04 x 2.13 inches) large with a metal top that extends over as the front and back to form the case which is then completed with two plastic sides and bottom:

The rear panel includes the power jack, dual gigabit Ethernet ports, either a VGA port (as in the case of the review sample) or a DisplayPort 2.0, an HDMI 1.4 port, dual USB 2.0 ports, and a Kensington security slot: 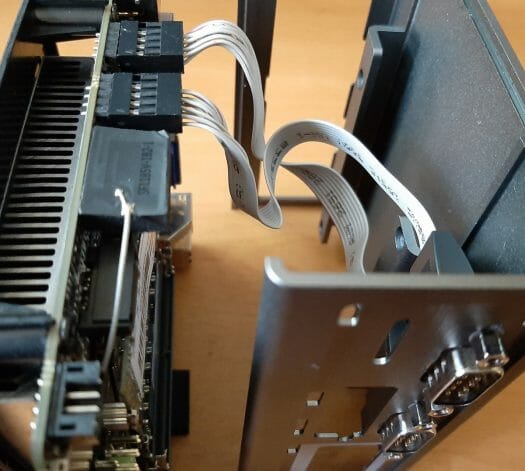 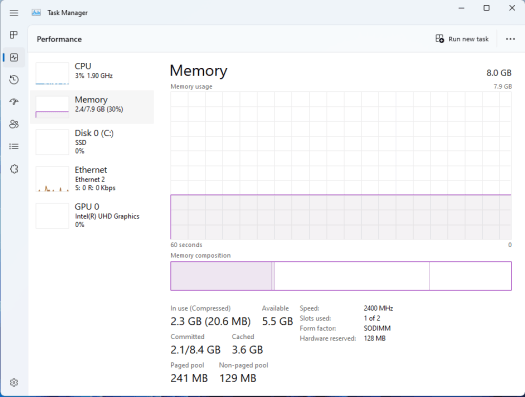 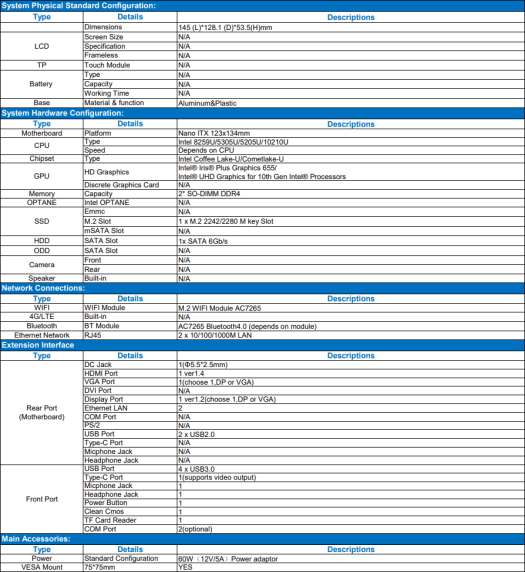 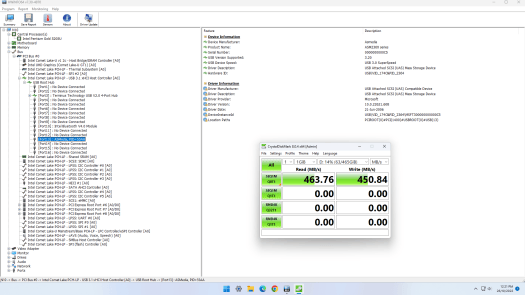 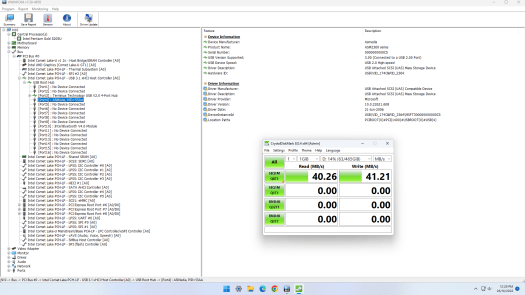 However, the Type-C USB port currently has a design flaw in that the physical port is recessed into the front panel of the device and this can prevent cables from connecting due to the outer casing of a cable being larger than the recess:

By removing the front plastic insert I could access the Type-C USB port without hindrance to the cable but being a pre-production sample the port was only a USB 2.0 without ‘video output’: 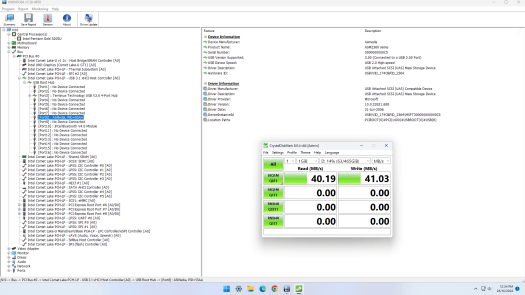 Another drawback of being a pre-production sample was that the microSD card reader was not connected and so could not be tested.
When reviewing mini PCs, I typically look at their performance under both Windows and Linux (Ubuntu). I now review using Windows 11 version 22H2 and Ubuntu 22.04.1 LTS. I test with a selection of commonly used Windows benchmarks and/or equivalents for Linux together with Thomas Kaiser’s ‘sbc-bench’ which is a small set of different CPU performance tests focusing on server performance when run on Ubuntu. On Ubuntu, I also compile the v5.15 Linux kernel using the default config as a test of performance using a real-world scenario.
Prior to benchmarking, I perform all necessary installations and updates to run the latest version of the OS. I also capture some basic details of the device for each OS.
When booting Ubuntu 22.04.1 there are a couple of error messages being reported in the ‘dmesg’ although the significance of which has not been determined:

The Weibu N10 came installed with an unlicensed copy of Windows 11 version 22H2 as it is expected that customers needing Windows will purchase or have their own Windows keys. After applying updates Windows was build 22621.675. A quick look at the hardware information shows it is aligned to the specification: 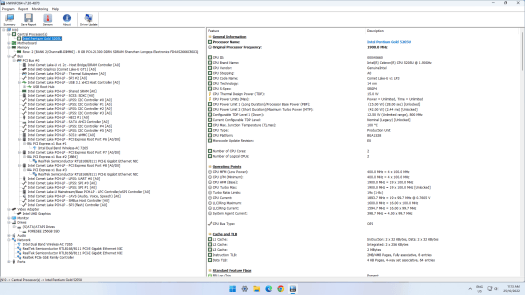 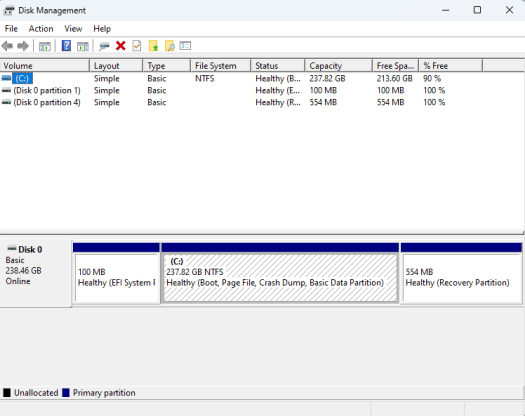 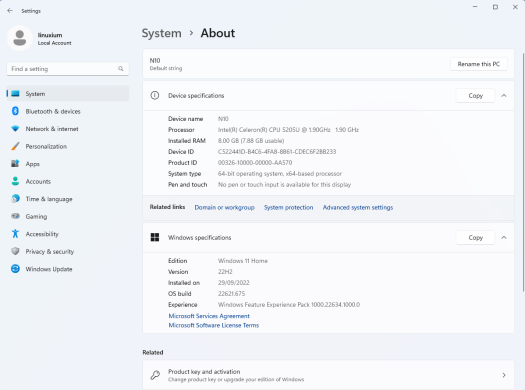 A brief check showed working audio, Wi-Fi, Bluetooth, and Ethernet.
I then set the power mode to ‘High performance’ and ran some of my standard set of benchmarking tools to look at performance under Windows:
I also tested Cinebench R23: 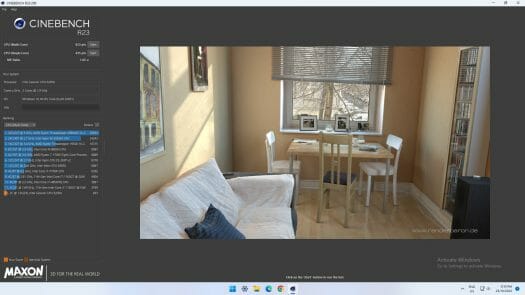 After shrinking the Windows partition in half and creating a new partition I installed Ubuntu as dual boot using an Ubuntu 22.04.1 ISO. After installation and updates, a brief check showed working audio, Wi-Fi, Bluetooth, and Ethernet.
The key hardware information under Ubuntu 22.04.1 is as follows: 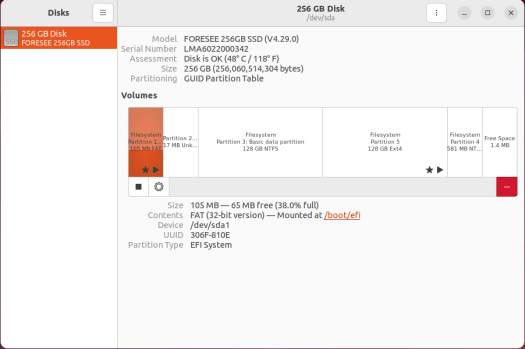 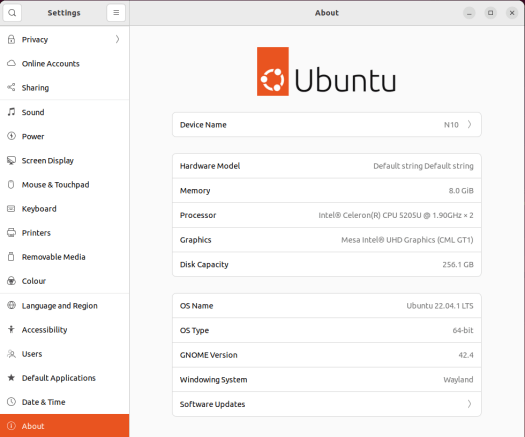 I then set the CPU Scaling Governor to ‘performance’ and ran some of my Linux benchmarks: 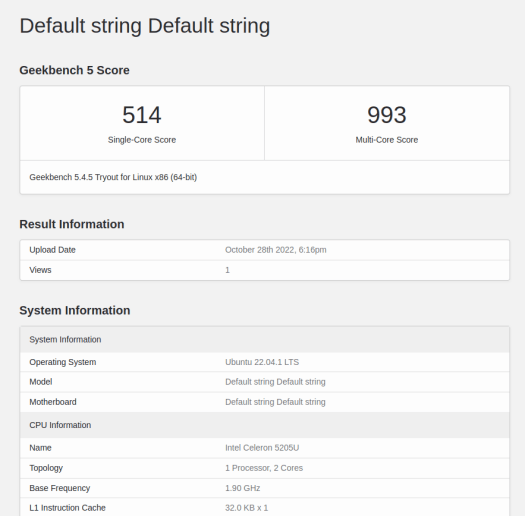 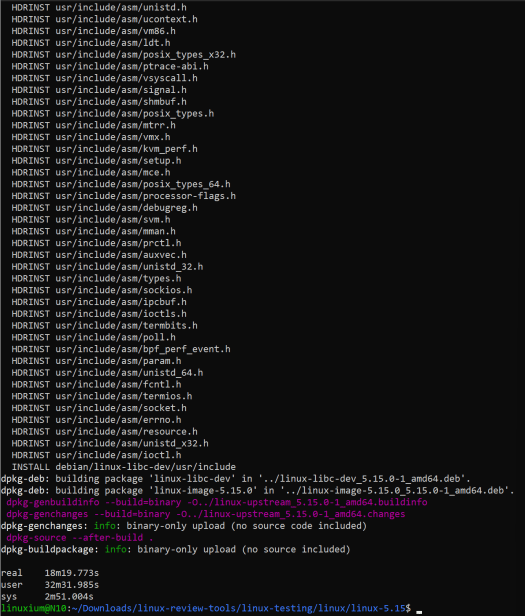 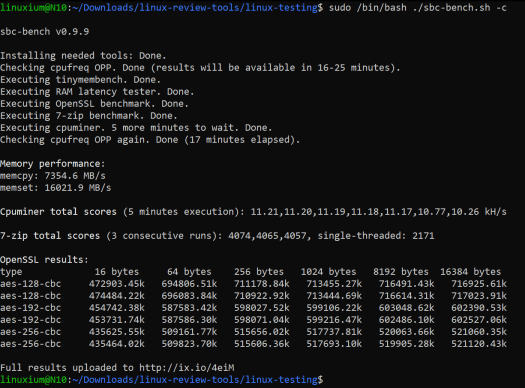 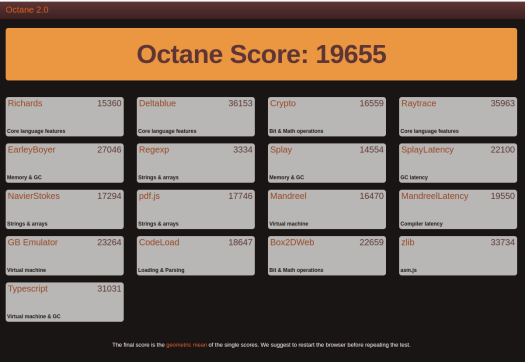 which can be directly compared to the results from when it was run on Windows:
As the review sample did not have a particularly powerful processor/graphics combination I concentrated on evaluating how well the browsers functioned. To do this I played some videos in Edge and Chrome on Windows and in Firefox and Chrome on Ubuntu: 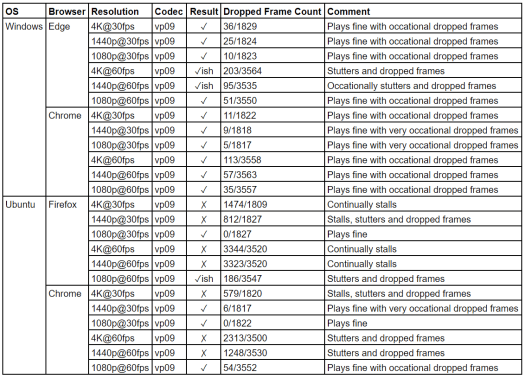 Basically, browsers on Windows performed better than on Ubuntu when playing higher resolution videos with Chrome being the best browser on each OS: 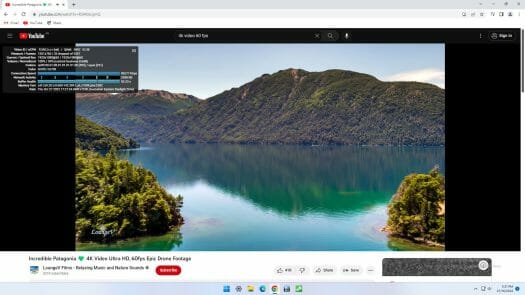 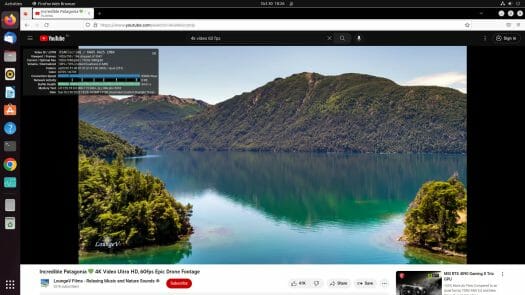 The Weibu N10 mini PC uses active cooling and underneath the motherboard above the bottom of the device is a large fan: 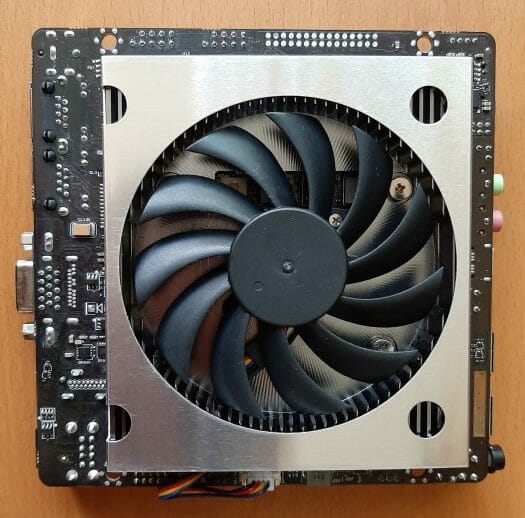 Running a stress test on Ubuntu saw the CPU temperature climb to an average of 45°C occasionally peaking at 46°C:

During the stress test, the maximum temperature I recorded on the top of the device was around 30.5°C in an ambient room temperature of 21.6°C and the fan was virtually silent, registering only 30.5 dBA on my sound meter next to the device during the test. If the CPU frequency is monitored when running the stress test it can be seen that it ran at a constant 1900 MHz both before, during and after the test:

which showed both good and consistent Ethernet performance on both ports.
The power consumption was measured as follows:
*The power figures fluctuate due to the fan so the value is the average of the median high and median low power readings.
The N10 has a good range of ports suitable for many commercial/industrial usage scenarios. Whilst performance from the review sample was somewhat impacted by the choice of CPU and amount of memory, it shows the capability of the device when low power usage is a critical factor. The ability to both customize the port selection and CPU choice offers plenty of flexibility to prospective customers.
I’d like to thank Weibu for providing the N10 mini PC for review. Further details can be found on their website.
Ian is interested in mini PCs and helps with reviews of mini PCs running Windows, Ubuntu and other Linux operating systems. You can follow him on Facebook or Twitter.
Support CNX Software! Donate via cryptocurrencies or become a Patron on Patreon

Related posts:
Real comports! 16550’s I hope…
Over 1W in standby? Not sure it’s up to EU standards